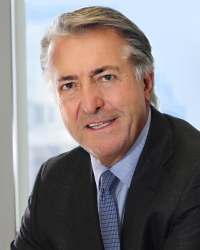 Mr. Jusbasche founded ALTIVIA in 1986 to specialize in chemical production, services and technology for drinking water and wastewater treatment. Since its founding, ALTIVIA has expanded its production capabilities to include specialty chemicals and commodity petrochemicals.

Mr. Jusbasche has more than 30 years’ experience in the chemicals industry, He has served as CEO of ALCOA - Coastal Chemicals where he managed a partnership with Aluminum Company of America, dedicated to the production and marketing of Sodium Aluminate.